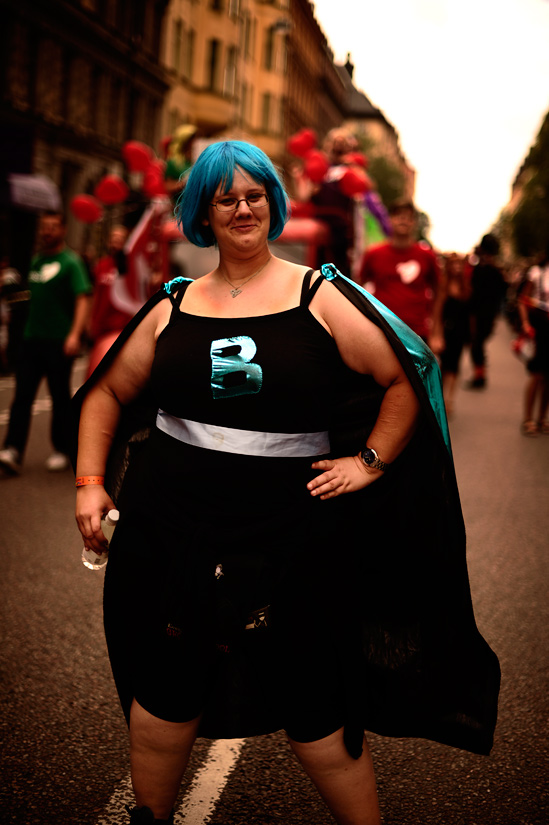 The Pride Festival has become one of Stockholm’s biggest recurring event. Not only LGBT persons attend, proud parents, politicians, sponsors, and thousands of visitors attend year after year to show their support. The highlight of the festival is a large parade. The original character of resistance that the gay movement had following the Stonewall events in New York in 1969 has been left behind in Stockholm. Despite that there still exists threats and violence from extreme right groups.

This series of pictures are from the Pride Parade in Stockholm in 2010.